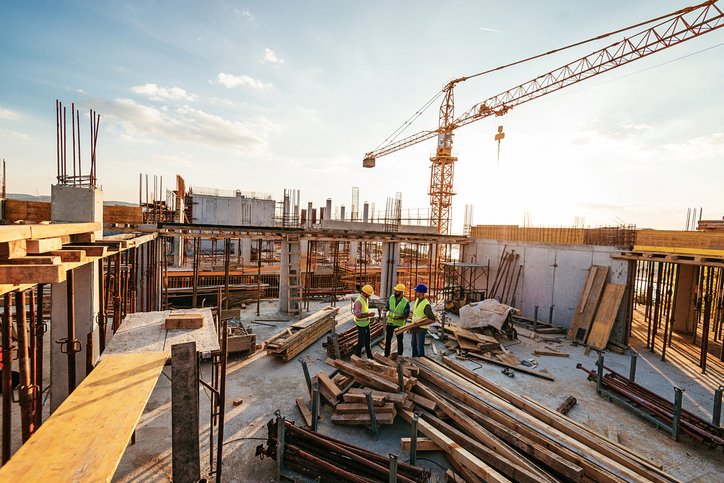 The government is financing new infrastructure projects and fast tracking existing ones to help the nation's economic recovery from COVID.

The prime minister has announced a portfolio of fast-tracked infrastructure works including the Inland Rail and Bass Strait Marinus Link, as well as a sweeping deregulation agenda to help the nation recover from the impact of COVID-19.

Speaking at CEDA’s State of the Nation Event in Canberra, Mr Morrision said Australia was emerging from the “greatest economic challenge and shock” the nation had experienced since the Great Depression.

“There is a mountain yet to climb,” he said, with record deficits expected in the next two years.

He said more than $100 billion of economic activity is likely to have been lost since the midyear economic update and warned it will take two years to get back to pre-COVID economic conditions.

Mr Morrison said the focus of the National Cabinet is now on growing the economy and getting people back into jobs as part of the government’s five-year JobMaker plan.

“As we come out of this COVID crisis infrastructure development will play a critical role in our JobMaker plan,” Mr Morrison said.

He said the government has already committed $180 billion on infrastructure over the next ten years and at the end of the financial year $24 billion will have been invested.

Since last November the government had brought forward $7.8 billion in investment, including $4.2 billion for joint priority projects with the states and territories announced at MYEFO, and an additional $1.75 billion additional to fast track the Western Sydney Airport.

The government has also brought forward FAGs for councils to use at their discretion and $500 billion for community and roads infrastructure, he said.

He also announced the environmental approvals process would be streamlined and cut by 25 per cent by the end of the year.

The government’s aim was to cut EPBA approval times by 26 per cent so major projects could be cleared in less than 30 days.

The major project approval process will also be cut, he said, with the government targeting a 50 per cent reduction in Commonwealth approvals for major projects from 3.5 years to 21 months.

“Ultimately our objective is the streamlining of commonwealth and state processes to a point of single touch approvals”, he said, and discussion have already begun in National Cabinet on achieving this goal.

$72 million worth of major projects to be fast tracked

The PM announced a list of 15 projects worth more than $72 million that have been fast-tracked for approval including the Melbourne to Brisbane Inland Rail, the Marinus Link between Tasmania and Victoria, South Australia’s Olympic Dam extension, emergency town water projects in NSW, and road, rail and iron ore projects in WA.

The Deregulation Taskforce will also be brought into the Department of Prime Minister and Cabinet, and will look at helping COVID economic recovery.

“This will drive a whole of government approach to how regulatory policy is prosecuted,” Mr Morrison said.

“This crisis has shown what can achieved when regulators are pragmatic and responsive, solving problems without compromising safeguards.”