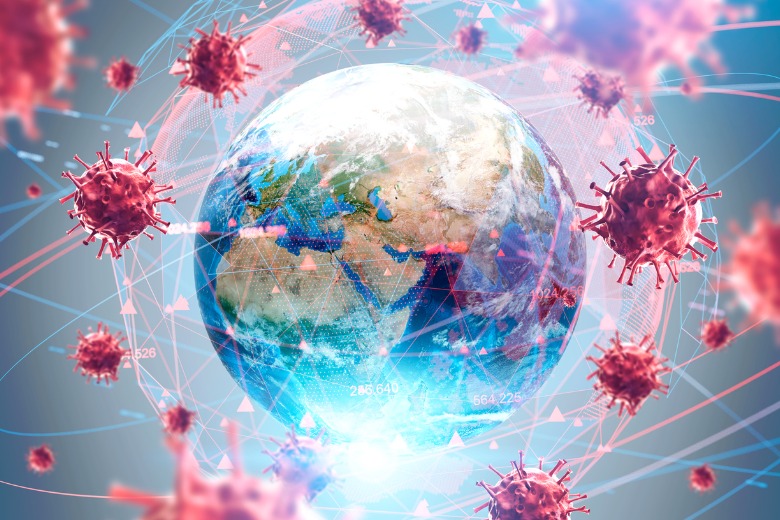 Increasing pandemic risk is among the global 'megatrends' identified in a new CSIRO report.

Science holds the key to riding the approaching waves of disruption that will shape the nation’s future, the head of the national science agency says.

Launching the CSIRO’s once-in-ten-years Our Future World report at the Press Club in Canberra on Wednesday, CSIRO CEO Larry Marshall said the nation faced a series of “megatrends” or “seismic shifts” that will change the way Australians live over the next twenty years.

Understanding the trends provides the key to creating a version of the future where Australia can prosper, Dr Marshall said.

“Our future depends on our ability to understand the waves of disruption that are coming at us,” he said.

“In order to create the future that we want, we need to navigate them all successfully.

Dr Marshall said Australia will see increasing frequency and costs of natural disasters. He said what started as an environmental emergency became an economic and a health emergency. Heat related deaths in Australia are expected to grow by 60 per cent by 2050, he said, with 1,400 lives forecast to be lost from heat every year n Perth alone. Australia needs to respond by adapting to climate change in terms of of its health care systems, critical infrastructure, patterns of settlement and disaster preparedness.

Renewables will account for 80 per cent in growth in global electricity demand by 2030, and Australia has highest wind and solar capacity per capita of any developed nation, Dr Marshall said. As such it has the capacity to become renewable energy superpower, but it can’t afford to continue to lag on innovation investment.

Both pandemic risk and antibiotic resistance -which is already responsible for 1.27 million deaths per year – will increase in the coming year. Australia also faces a situation where chronic disease currently affects nearly half the population. Dr Marshall called for greater focus on preventative health and new approaches to infectious disease and superbugs that taking into account the interaction between people, animals and the environment.

Digitisation and increasingly autonomous AI will change every aspect of science and industry, Dr Marshal said, with AI already accelerating vaccine development, predicting drought and stabilising the energy grid. It will “consume many of the jobs that we know today”, but will also create the need for 6.5 million more digital workers by 2025. Dr Marshal said the The next wave of digital innovation is expected to create up to $10-15 trillion of global opportunity but Australia needs to pull up its socks if it wants to capture the value.

The world is feeling the effects of disrupted trade, growing geopolitical tensions and even war following decades of growth fuelled by globalisation, Dr Marshall said. Covid-19 also brought home the implications of loss of sovereign capability, including Australia’s reliance on exporting raw materials and buying back skills and technology.

Dr Marshall says trust institutions had been falling for over a decade, but Covid-19 saw trust in science spike in science. “It took a global pandemic get the nation to turn science for solutions,” he said. He said trust in science led Australia’s covid response and it was time to put science at the centre of the response to the challenges ahead. “Science can show us the way,” he said.

Dr Marshall said the question remains whether Australia is brave enough to catch the waves of disruption that are bearing down on the nation.

“Catching them is all about seeing it coming and getting in the right position before it breaks on top of you,” he said.

“Our megatrends have shown us the future. Covid 19 has shown us what we can achieve when we work together. Now we need to be smart enough, brave enough, and collaborative enough to invent the kind of future that we all want. Science is the key to this.”