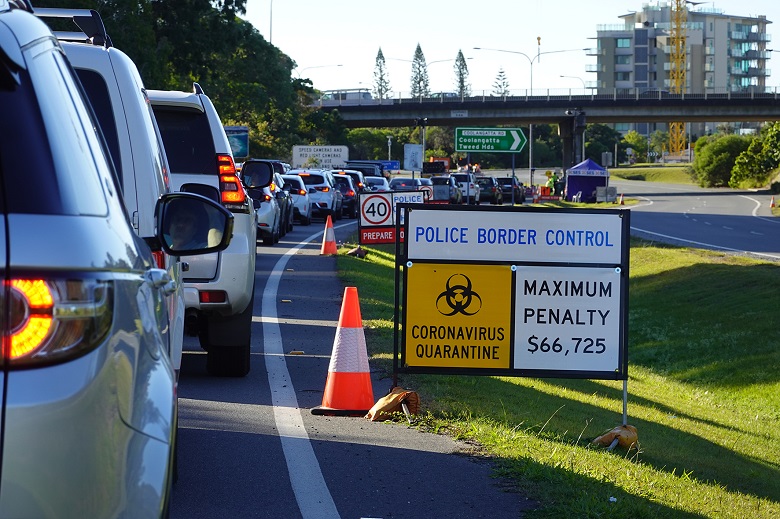 Lismore City Council says the closure of the Queensland border is causing hardship for residents.

A survey of residents by a northern NSW council has found the Queensland border closure is hitting hard, with families separated and people having difficulty getting heart surgery and cancer treatment.

The Queensland government has put in place strict border control measures including a pass system and identification screening, as it attempts to contain the spread of COVID-19.

Anyone who has been  a declared COVID hotspot for the last 14 days, including all parts of NSW and Victoria, is banned from entering the state.

People who have not been to a hotspot, who are performing essential activity or who are providing freight and logistics transport must apply for a border pass.

Just five days after opening the online survey Lismore City Council on Wednesday said it has received 220 responses from people telling stories of the devastating impact the closure is having.

The survey shows businesses are suffering, emergency services have been impacted and livelihoods are being affected.

“My business has suffered financially directly as a result of the Qld border closure,” on resident said.

“We can’t go into work which is affecting our livelihood,” was another response.

“We were turned away at the border for an essential medical appointment for my baby after even though we had all the required documentation,” a respondent recounted.

Residents also complained about lack of communication, ambiguity and lack of empathy and understanding from the government, with scant opportunity to discuss or manage entry applications.

“The people making these decisions obviously have never lived near the border,” one person said.

Mayor Isaac Smith says Council understands the need to stop the spread of COVID-19 but urged governments to think harder about the impact their decisions are having.

“The response rate has been extremely strong and gives you an indication of the hardship the decision by the Queensland government to close the border is having on border communities like ours,” he said.

“All of those who have responded have been affected in some way, and many of their stories are heart-wrenching. The one takeaway from this survey so far is that much more thought needs to be put into the possible far-reaching repercussions of slamming closed this busy border.”

Results of the survey, which is open until September 4, will be provided to the NSW government and the Northern Rivers Joint Organisation of Councils.

One thought on “Council surveys border communities on impact of closure”