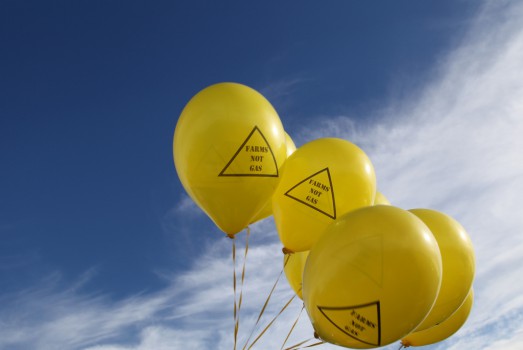 The Federal Government has moved to start overhauling the way greenhouse gasses released into the atmosphere from highly controversial coal seam gas (CSG) sites are measured and reported, a move that could reshape the economics of the financially cheap fuel.

Farmers and environmental groups, which have been at loggerheads with the CSG industry and state governments over a controversial process known as ‘fracking’, have been calling for so called ‘fugitive emissions’ to be counted in carbon reporting for CSG extraction.

The fugitive emissions, including methane, occur when gas placed under pressure escapes into the atmosphere from outlets other than wells.

The escape of methane is a major concern because it is a highly potent greenhouse gas that has so far not been counted when assessing the carbon load of exploration and extraction sites.

“Under the proposals, it would be mandatory for CSG facilities using hydraulic fracturing (fracking) technology to use direct measurement rather than alternative methods for estimating vented fugitive emissions from well completions and workovers,” a statement from Mr Combet said.

“The new direct measurement methods would be available from 1 July 2013. They would become mandatory for facilities using fracking from 1 July 2015,” the statement said.

The government has also commissioned “a review of international best practice in CSG emissions estimation, considering submissions from stakeholders, and commencing a research project with the CSIRO to measure emissions from CSG production operations in New South Wales and Queensland.”

The inclusion and pricing of fugitive emissions as a greenhouse gas has the potential to add large costs to CSG extraction and exploration developments that could make it far less attractive as an energy option.

Initially supportive of CSG extraction, the NSW government has been hit by an unprecedented popular backlash against the industry from within traditionally conservative rural communities that fear prosperous agricultural land holdings and valuable water resources will be polluted by fracking.

Mr Comber said that in addition to the proposals for direct measurement of emissions from CSG wells further changes to emissions estimation methods were possible. These included :

The discussion paper is open for public comment and available online.