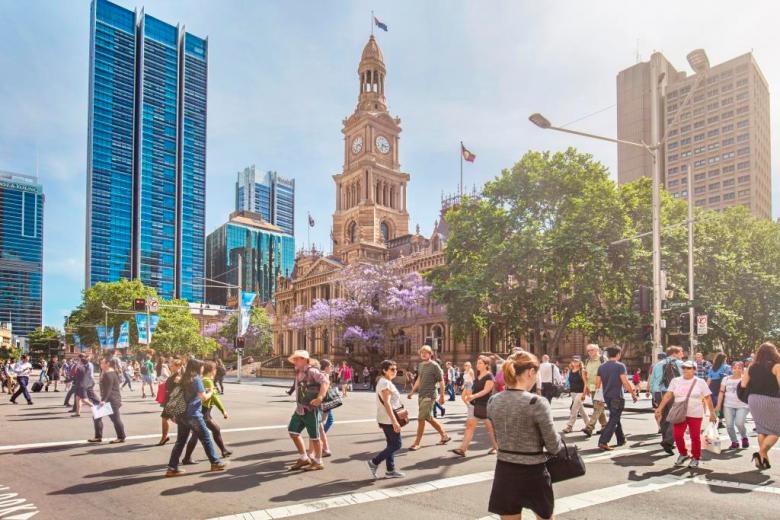 Metropolitan Australia isn’t alone in facing challenges like population growth and climate change and could learn from other cities, an international expert tells Government News.

In Vancouver, years of rising property prices have sparked a new policy to reduce absentee ownership, particularly among foreigners, amid a growing public perception that Chinese investors have contributed to unaffordability in the local market.

At the same time, on the far side of Canada, officials in Toronto are considering a policy that will seek out vacant homes in an attempt to get them occupied as the city similarly deals with a heated property market.

Alan Mitchell, KPMG’s Toronto-based executive director of cities, recounts these two examples to illustrate how major cities around the world, including in Australia, are experiencing many of the same challenges – from population growth and housing shortages to the impacts of climate change.

He also says they illustrate why cities across the board need to get better at sharing solutions.

“Cities need to talk about these things globally and they’re not,” Mr Mitchell told Government News during a visit to Sydney last week.

“What’s worked and what hasn’t? We don’t need to go through this discovery independently. We need to talk about innovation and excellence and share that among and between cities,” said Mr Mitchell, who has over 30 years experience working in and with government developing digital solutions, conducting service reviews and introducing program-based budgeting.

Like housing affordability, the need to respond to climate change is a challenge common to cities across the world, particularly coastal ones, he said.

“I’ve just come from New Zealand where they say they’re having more flooding, not because of rising sea levels as much as the wave action has changed and they’re now getting waves that cross over the barriers.

“In New York, the city said if they’d had a retaining wall perhaps six inches higher it would have prevented a lot of the damage caused by Hurricane Sandy.

“Cities globally are looking at climate, which has a response component in terms of emergency management, but also impacts for things like planning; having more living green space and using solar panels, for instance,” he said.

Mr Mitchell said city administrators and service providers have “all sorts of information available” to help them forecast demand for their services, particularly amidst population growth, “but whether or not they’re doing that remains to be seen.”

He advocates the power of data and analytics to help local governments understand their own services and deliver them better.

Mr Mitchell was involved in developing the Municipal Reference Model, a tool used by KPMG to assess local government capabilities and viability, and was co-author of the firm’s inaugural Global Cities Benchmarking Study last year.

The 35 cities in the survey, drawn from 20 countries across Asia Pacific, North and South America, Africa and the Middle East, focused on 12 service areas including roads, transit, parks, drinking waster and waste.

Australia had five cities in the survey – the highest of any country – consisting of Brisbane, Sunshine Coast, Wyndham, Mornington Peninsula and Adelaide.

“The reason we were successful in getting 35 cities in that first instance was because we used a methodology for understanding cities’ business, by identifying the services they actually deliver,” he said.

The analysis threw up some interesting figures. For instance, it found the average cost per lane kilometre of road is about US$15,000, and that drinking water costs US$1.14 per cubic metre on average.

While garbage costs range from US$30 to US$580 per tonne, three cities in the survey made money on collection through direct charges.

Cities in the dark on service costs

Many if not most cities globally don’t know how much their service costs, Mr Mitchell argues.

“That’s a frightening prospect but it’s endemic, across the world. They don’t actually account for their funds by services, they account for them by who spends the money – the organisational units.”

He’s now encouraging cities to move towards “service-based budgeting” which details how much its costs to deliver services, taking into account both operational and capital costs.

KPMG is working with a large software vendor with a view to implement the benchmarking program in a cloud solution to enable cities to input their information and produce their own reports at any time, Mr Mitchell said.

“We’re looking at building that in the next four to six months and then releasing it to the market and we expect within a year we’d have about 100 cities wanting to join.”

One thought on “Cities globally ‘need to talk’ about their issues”