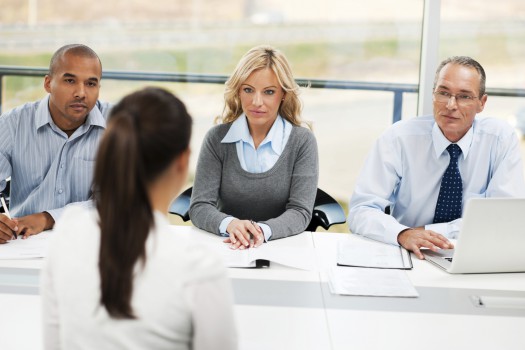 Multiple factors influence the disparity between the prevalence of women and men in executive roles. There are three in particular that I come across regularly, in both executive search and working with organisations on leadership capability and talent management.

The first relates to how women often approach opportunities; the second is the different perceptions of similar behaviour between women and men; and the third is how women and men tend to articulate and ‘own’ their achievements. In this column, we will look at the first two, and discuss the third in a later column.

Women: assume you can do it

Looking at the first of these, I learnt a lesson early in my career about the different perceptions women and men often have about their suitability, or ‘readiness’, for a promotional role. When a promotional position where I was working was advertised, I decided that I could not meet all the selection criteria as it was not really in my area.

A male friend in another part of the industry (and senior to me in age and career progression) had heard about the position and assumed I was going to apply. I explained to him that I could not meet all the selection criteria, so was not going to apply.

His response was swift: this was the silliest reason he had ever heard for not applying for such a role, as it was rare that promotional positions in my field became available. His view was that I should apply and then do a combination of three things he had done in similar circumstances: first, assume that I could do the role, not the reverse; second, do some quick research and get up to speed enough to get through the process; and third, subtly change the role to one that suited me better, explaining how much more I could bring to the role than the organisation had envisaged.

I did all of those things and it worked.

I got the job, and more or less recreated a significant chunk of it, meaning three years later I was well placed for the next big shift. I was fortunate to have a friend who happened to be a natural mentor.

Yes, from my experience it is very true that in many cases men will look at a position, assume they can do it, assume they meet the criteria and should apply.

The majority of women tend to be far more circumspect about their positioning – so that if they don’t easily meet all the criteria, they are less likely to apply.

While this situation is changing, at EWK we see it regularly when proactively contacting women whom we believe should or could be a candidate for a particular role. The response often is: ‘But I don’t understand. What makes you think I could do that?’ That is not a regular response from males at the same stage of their careers and with similar backgrounds.

The second challenge is about the different perceptions of similar behaviour between women and men. We have seen this most overtly in the political sphere over the past few years, where women’s behaviour is seen through a very different lens from men’s behaviour.

The most succinct commentary I have seen on this situation comes from Barbra Streisand, who as well as being a wonderfully talented performer, is also an astute business person. In October 2012, Harvard Business Review published an interview with her. When asked to respond to the fact that she has been described as ‘bossy and demanding’, she replied that those words would never be applied to a man.

She went on to explain her viewpoint further:

To what extent does this resonate with you? You might want to try using Barbra’s work to start a discussion. My experience is that more men than women think it way overstates the case; more women than men think it is, well, just a succinct statement of the way things are. They identify with it deeply, as it reflects much of their experience every day.

It is well worth restating former Prime Minister Julia Gillard’s carefully shaped words on the evening she handed the PM’s role back to Kevin Rudd: “I want to just say a few remarks about being the first woman to serve in this position. There’s been a lot of analysis about the so-called gender wars, and me playing the so-called gender card because heavens knows no-one noticed I was a woman until I raised it; but against that background, I do want to say about all of these issues, the reaction to being the first female Prime Minister does not explain everything about my prime ministership, nor does it explain nothing about my prime ministership.”

We all suffer from ‘unconscious bias’ in some way, and perspectives like those of Barbra Streisand and Julia Gillard help both women and men, to view situations through other lenses.

Just think about it next time you are looking at a female colleague’s behaviour, or when you are discussing potential for career advancement.

Do you need multiple lenses?