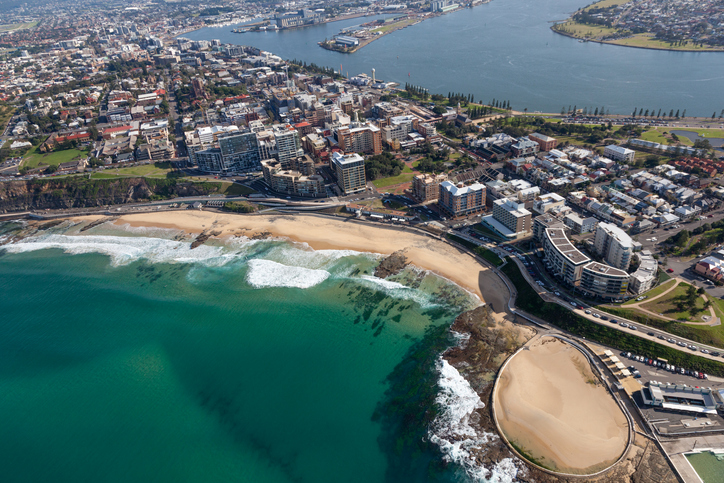 Newcastle, along with Wollongong and Geelong, are calling for recongition as national Gateway Cities.

Three of Australia’s key regional centres are calling for recognition as “Gateway Cities” that can offer better liveablity than their metropolitan counterparts and function as “economic shock absorbers” for the nation.

“At times, our cities have fallen between the gaps of national planning and population policy, occupying an uncertain world between our metropolitan capitals and the towns and cities of regional Australia,” the mayors say in a joint statement.

“Current debates on fiscal rebalancing need to recognise the latent economic potential of Gateway Cities, while social policies should also incorporate the opportunities Gateway Cities offer in bridging the divide between metropolitan Australia and the regions.”

Led by Deakin University, with support from the University of Newcastle and University of Wollongong, the report highlights the contribution of these so-called Gateways in the development of the nation.

City of Newcastle Lord Mayor Nuatali Nelmes says there are common themes for all three cities, including a historical contribution to national and regional growth over an extended period of time.

“Gateway Cities are geographically well-defined jurisdictions that are predominantly urban while still allowing for a significant agricultural economic base,” she told Government News.

“They undertake significant public administration and public policy functions, which have a direct impact on the governance and well-being of the nation in addition to the relevant capital city.”

The study says the three cities have greater liveability than larger metropolitan centres, largely  due to the fact that access to physical amenities is easier.

“Newcastle and Wollongong are noted for the amenity of their beaches, clean environment and affordable homes,” the report says.

“Geelong has been ranked as one of Australia’s most liveable cities, aided by its proximity to the famed Surf Coast.”

“As Australia’s population continues to grow, and strains of rapid urbanisation in Sydney and Melbourne intensify, Gateway Cities are well placed to facilitate the ongoing sustainable growth and development of the Australian eastern seaboard,” she said.

Australia’s Gateway Cities are critical to the economic development of the country because of their dynamism and significance in the world markets, she says.

“The Gateway Cities of Newcastle, Wollongong and Geelong have helped pioneer the development of Australia’s mining and key export industries, most notably coal mining, forestry, wool, steel and aluminium.

“More recently, they have been innovators in global education, health and aged care, advanced manufacturing and clean technologies, finance and public administration and creative industries.”

The report says rather than being marginalised, Australia’s Gateway Cities should be embraced for their capacity to act as ‘economic shock absorbers’.

“They have a remarkable ability to deploy their diverse economic base to bounce back and withstand serious economic setbacks, community loss and natural disaster,” it says.

“The work that is already taking place in Gateway City universities in the development of technologies to support economic viability and reliability of renewable energy presents major environmental and economic opportunities,” it says.

Jennifer Cromarty, the CEO of Committee for Geelong, says Gateway Cities can’t exist in a vacuum.

“The report is not prescriptive in terms of these cities in isolation of a national approach to infrastructure investment or broader population policy,” she said in a statement.

“This report seeks to demonstrate certain assets and advantages of Gateway Cities that can be deployed to maximise national economic growth, regional resilience and job creation for Australia’s long-term settlement strategy.”