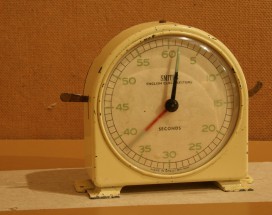 Getting a grip on new technology solutions for government doesn’t usually have a lot in common with jumping onto Tinder, RSVP, eHarmony or Grindr to see who’s in the marketplace… but that’s changing fast thanks to the introduction of speed dating for suppliers at the New South Wales Office of Finance and Services.

After decades of forming relationships built on expensive, stultified procurement processes and highly formalised requirements, the NSW government is borrowing a trick from the singles scene and mounting a bold push to rapidly accelerate the way buyers and sellers can get to know each other and do business.

It’s a big cultural shift from a tradition of mega-tenders that have typically been won by large multinational firms that have locked-out smaller competitors by virtue of the big financial resources needed to mount a bid for government work, a problem that local tech developers have bemoaned since the 1980s.

Now, Enterprise Resource Planning (or ERP) — one of the most difficult and least competitive segments of the software market — is being heavily targeted for a shake-up by the NSW government that wants to see far more flexible solutions, much better value for money and real completion for taxpayer’s dollars.

To get new talent to the table, NSW Finance and Services is playing commercial matchmaker to government buyers and more than 110 industry suppliers “who had two minutes each to pitch their products and services to 85 government buyers from 30 NSW departments” according promotional material for the event.

According to Acting Deputy Secretary for Government Services, Shaun Smith, the government is moving away from traditional, often cumbersome, tendering processes towards agreed methods of operating in the market with a focus on collaboration with industry.

“As the market flips to the cloud, government is aware of the need to be agile when purchasing ERP and is moving towards better-value cloud-deployed services,” Mr Smith said. “An outcomes-based approach enables huge savings across many goods and services and cuts costs to New South Wales.

“This government is engaging in innovative IT planning and providing a vibrant marketplace in order to reinvigorate back office processes and drive money back to the taxpayers of New South Wales.”

That’s a far cry from the highly contentious 15-year the NSW government inked with German mega-vendor SAP back in 2008 that many tech suppliers complained boiled down to a questionable vendor lock-in.

Mind you, the unwieldy language of ERP is still alive and well given the rapid fire get-to-know-you exercise has been dubbed the “NSW Government Engaging on Postmodern Enterprise Resource Planning (ERP) forum.”

Names aside, Gartner Research Director, Denise Ganly, is paying the idea and defines ‘Postmodern ERP’ as the deconstruction of the monolithic ERP suites into loosely coupled applications and components.

Ms Ganly said that alternative solutions were now being sought as cloud-based solutions became credible offerings in the government market.

In the frame for an overhaul are major purchases including cloud based payroll and procurement systems, Human Capital Management and eRecruitment software all of which are supported by adaptive sourcing through flexible contracts, pricing and service delivery.

Government users and buyers are also at the front of pushing the new process and go to market approach.

The chief information officer of the NSW Fire and Rescue (NSWFR) CIO, Richard Host has 100,000 staff and volunteers on a shared ERP system provided making his agency one of the largest SAP systems in government.

“It also manages half a million pieces of equipment and thousands of vehicles,” Mr Host said. “We’ve got to have systems that are extremely reliable. Fire and Rescue provide core systems for a number of other agencies across NSW emergency services. We believe in the power of the integration that ERP brings.”

Describing what he termed an aggressive approach to change, Mr Host said the agency decided to go to Platform as a Service (PaaS) with IBM rather than rolling over an old system as it came to its end of its life.

“Our strategy is to move to ‘as a service’, because we understand we can exploit the scale efficiencies and technical capabilities of the private sector,” Mr Host said.

“Platform as a service (PaaS) is more powerful than we could ever have dreamed of, with 24/7 support, fixed for 5 years and with super-fast connectivity to any other government agency.”

The Department of Justice is also talking-up a better deal on the ERP front, with its CIO Arron Liu saying a contract with Accenture to baseline the Justice ERP system — with all its diversity — would ensure solutions offered complied with NSW Government Standard Business Processes.