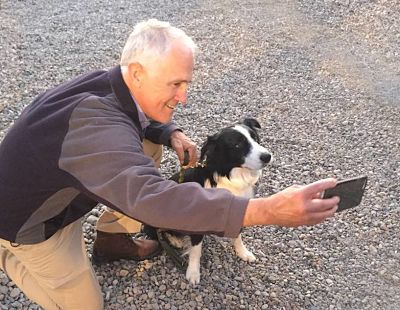 Long suffering customers of Centrelink and Medicare stuck in lengthy call centre queues to resolve problems created by the agency’s vintage mainframe computer systems will have to wait another year for the underperforming infrastructure to be replaced after highly publicised and anticipated $1 billion plus overhaul failed to materialise in Budget documents.

While scoping exploration of what’s to fix the IT mess is officially continuing, the looming election and immense pressure on the Turnbull government to keep deficits at electorally palatable levels appears to have kicked the massive Welfare Payments Infrastructure Transformation project into political touch.

Previously cited by ex-Treasurer Joe Hockey to be worth at least a billion dollars in terms of cost, the big ticket replacement given an urgent stamp of approval by the McClure report into the welfare system now looks to contain so much red ink it’s become a major political risk.

With the mix of archaic technology platforms mixed with public service cutbacks that have hit Centrelink and Medicare call centres now a dynamite talkback radio issue, the decision to hold off financially committing to a major upgrade is certain to increase pressures on the massive Department of Human Services that is already dealing with intensified client hostility on the frontline.

“The department is the face of government to the majority of Australians and underpins the Commonwealth’s relationship with its people – as children and parents; as patients and carers; in study; in work and in retirement,” the Human Services’ Portfolio Budget Statement says.

Under that document’s Strategic Directions Statement the second priority from the top is “transforming and simplifying the department’s ICT environment to support secure digital access to the department’s services when people need it and to enable rapid, flexible responses to the government’s digital transformation agenda” – with “understanding and meeting the priorities of the Minister and the Government” listed as the first.

One possible cause for the latest delay is the unusually high turnover of Ministers in the Human Services portfolio, a factor that means bureaucrats need to bring incoming their political up to speed on complex issues, if poorly handled can result in widespread community anger and frustration.

Expect some action soon after the Election.