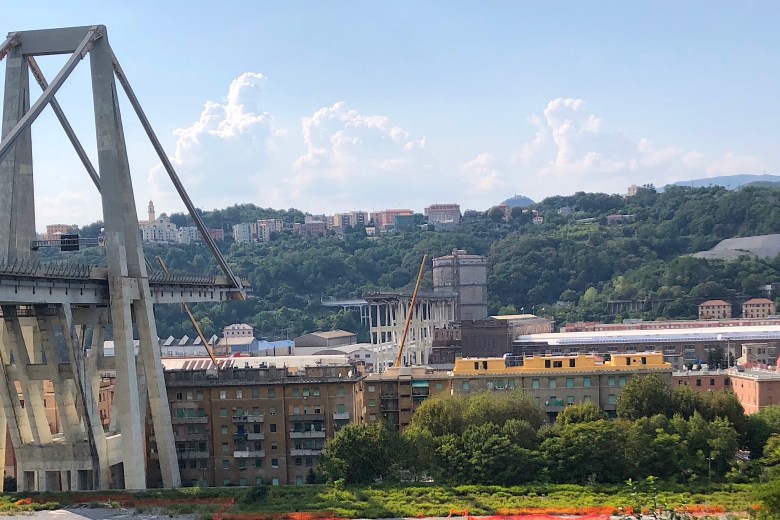 A critical failure in infrastructure like that of Genoa will happen in Australia if governments continue to neglect Australia’s ageing bridges, a leading engineer has warned.

Dr Colin Caprani, a bridge engineer and senior lecturer in civil engineering at Monash University, has flagged concerns that more “end-of-life failures” such as that in Genoa could happen in Australia as the age profile of bridges increases and the growing infrastructure backlog worsens.

Dr Caprani told Government News that Australia needs the selective introduction of structural health monitoring (SHM) of ageing bridges, which use sensors to measure the response of a bridge to certain loads, at a local and state level.

“We’re blindfolded and we don’t know how far from the cliff edge we are,” he said. “The only way to remove the blindfold is better modelling, quantifiable measures, and structural health monitoring, which would let us see where the cliff edge is.”

Bridges beyond their design life

An estimated 70 per cent of Australia’s bridges are more than 50 years old and beyond their design life, Dr Caprani argues, warning the risk of these bridges failing, whether it be total collapse or mere cracks, is accelerated by increased load, worsening traffic and the push to introduced automated truck platoons.

Dr Caprani argues that in 10 to 15 years, Australia’s bridges will be in the same condition as the United States’, where 30 per cent of 625,000 bridges are listed as functionally obsolete or structurally deficient.

“It gives you an idea of the influence of ageing and increasing traffic roads and what they’re doing to our bridges. That’s where we’re headed,” he said.

Aaron Brimfield, managing director at BridgePro Engineering, told Government News that while “we’re not there yet,” over the next few years a number of bridges will near their design life, warranting improved maintenance.

“Based on the fact that Australia has only been building permanent bridges for 70 to 80 years there will become a point where there is a large backlog of bridges that need serious maintenance,” he said.

A lack of public information, coupled with a number of Freedom of Information requests pushed back, means the current condition of bridges in Australia and the money spent maintaining them is currently unknown.

“I can’t even begin to put a quantum on it,” Dr Caprani said.

“It was shocking to me that the South Australian Road Authority would try to fight over information on their bridges. And that’s just one state. Tasmania, ACT, NSW – they all give nothing. Queensland gave some data via email and Western Australia give any inspection data.”

Dr Caprani is urging the government to improve transparency around the condition of bridges, pointing to the US’s publicly accessible national bridge inventory as an example that Australia could learn from.

The selective introduction of SHM would help to minimise the risk of either minor or catastrophic bridge failures by better enabling authorities to predict the likelihood of such an accident occurring, Dr Caprani says.

At present, despite its immense benefits in helping us to predict and prevent failures, SHM is not sufficiently implemented by governments, with only a small number of SHM systems presently rolled out.

Professor Roberta Ryan, director of the UTS Institute of Public Policy and Governance, identifies a similar hesitance to implement SHM in local government out of fear of the potential costs that could arise.

“Once council can afford to have these structures assessed, they discover they need millions of dollars to make bridges structurally sound. That creates a massive impost on their capacity to plan for the renewal of those assets,” she says.

“The lack of adequate infrastructure, particularly roads and bridges in regional parts of Australia is really serious,” she said. “For example in the areas of the mid- north coast of NSW there are many, upwards of 70 bridges that are in near critical condition.”

This is exacerbated by the fact that many councils struggle to afford to rollout SHM due to inequitable funding transfers through regions and a massive infrastructure backlog.

The implications of bridge closures or redirections in regional areas are particularly pronounced, Professor Ryan argues.

“We need specific funding to address ageing bridges, but also general funding to enable local government to plan strategically for the required asset renewal. It’s important for the safety of communities and the economic prosperity of the region.”

One thought on “Bridge collapses ‘likely’ as infrastructure decay worsens”