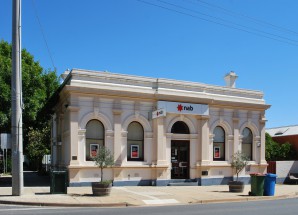 An ongoing e-payments outage at the National Australia Bank (NAB) is now hitting government customers of the institution, with federal agency IP Australia forced to set up an emergency fax line to keep payments from customers to it running while a fix is found.

The Commonwealth intellectual property registry told customers on Tuesday that it would start discounting some its fees because of the glitch that has prompted the activation of an Alternate Lodgement System (ALS), saying that it is “committed to providing flexibility in light of this significant system issue to all of our customers.”

But the discount for filing payment via the ALS or the emergency fax line is likely to be cold comfort for the government and businesses, with IP Australia saying it still doesn’t have an estimate of when normal payment services will resume.

“At this stage, NAB are unable to provide an estimated timeframe for resolution. Our teams are in constant contact with NAB and we will notify customers via the IP Australia website as soon as further information is available,” a statement from IP Australia said.

“NAB recognises the impact this is having on customers and apologises for the inconvenience and is working to resolve these ongoing issues as soon as possible.”

However the payments glitch has underscored the growing dependence of government services not only on web channels for transactions but the commercial banking infrastructure that usually provides the back-end of a growing number of payment systems.

According to NAB, the bank on Tuesday night rolled two fixes for its web payments servers used for the NAB Transact Platform.

“NAB Transact remains in hypercare and additional testing is taking place,” the bank said in an update mid-Wednesday morning.