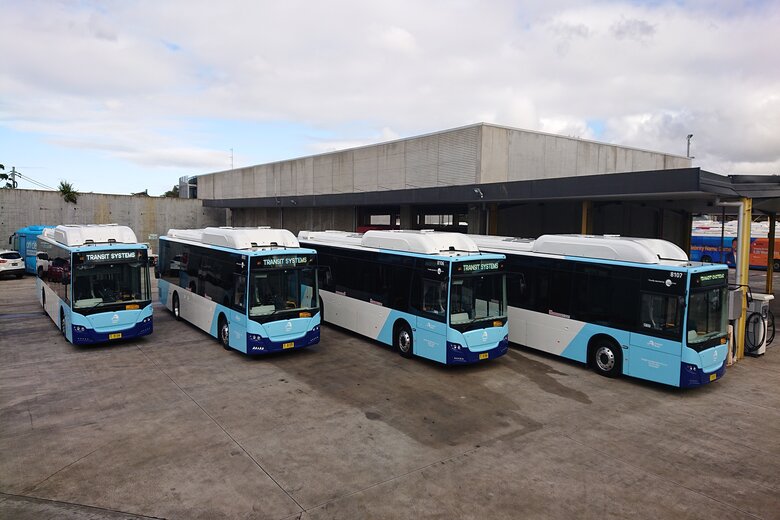 A Sydney-based trial will demonstrate the technical and commercial feasibility of electrifying large depot-scale bus fleets.

A depot in Leichhardt will be retrofitted for 40 electric buses, 36 chargers, stationary batteries and rooftop solar PV, with the fleet servicing public bus routes in Sydney’s Inner West, the CBD, Mascot and Green Square.

The $36 million project is being delivered via a joint venture between Transgrid and UK renewable energy company Zenobe Energy, which is launching into Australia with the project.

Transgrid and Zenobe will provide the batteries, stationary storage, depot conversion and charging infrastructure and will manage and take full responsibility for ensuring the buses are fully charged on time and have the required range.

“This means the transport operator can focus on the delivery of a reliable bus service,” Zenobe Co-Founder and Director Steven Meersman said.

Project partner Transit Systems, which already operates 15 electric buses in the inner west, has ordered the new buses which will be finished locally before heading to the depot.

“This is a turning point for delivering more sustainable transport on a mass scale,” said Clint Feuerherdt, CEO of SeaLink Travel Group which owns Transit Systems.

The Clean Energy Finance Corporation is providing of $24.5 million for the project and The Australian Renewable Energy Agency (ARENA) will kick in $5 million for it first heavy electric vehicle project.

ARENA CEO Darren Miller says the project is an important scaling up from previous Australian trials, which have involved fewer than four buses each.

This trial would demonstrate the technical and commercial feasibility of electrifying large depot-scale bus fleets, he said.

He it was hoped the initiative would kickstart the rollout of electric buses throughout the nation.

The first 12 of the 40 new electric buses will begin to enter service this month, with the rest of the fleet arriving over the next four months.

NSW transport minister Rob Stokes also announced on Thursday the state’s heavy rail network had become the first in Australia to transition to 100 per cent net emissions, achieving the target four years ahead of schedule.

“What it means is that from this year every train, every station and every depot across NSW will be powered by net zero emissions energy,” Sydney Trains Chief Executive Matt Longland said

“Our electricity supply contract is 100 per cent renewable from now to the end of financial year 23/24, and we are preparing to go to market to test solutions to maintain a commitment to renewable energy into the future,” he said.

Sydney Trains has also committed to reduce energy consumption by at least 10 per cent by 2025, through solar energy generation at 27 locations across the network, lighting upgrades and improvements in train operations.

Key features of the strategy include removing stamp duty EVs – to be replaced by a road user charge from 2027 – rebates for buying EVS, fleet incentives and increased charging infrastructure.