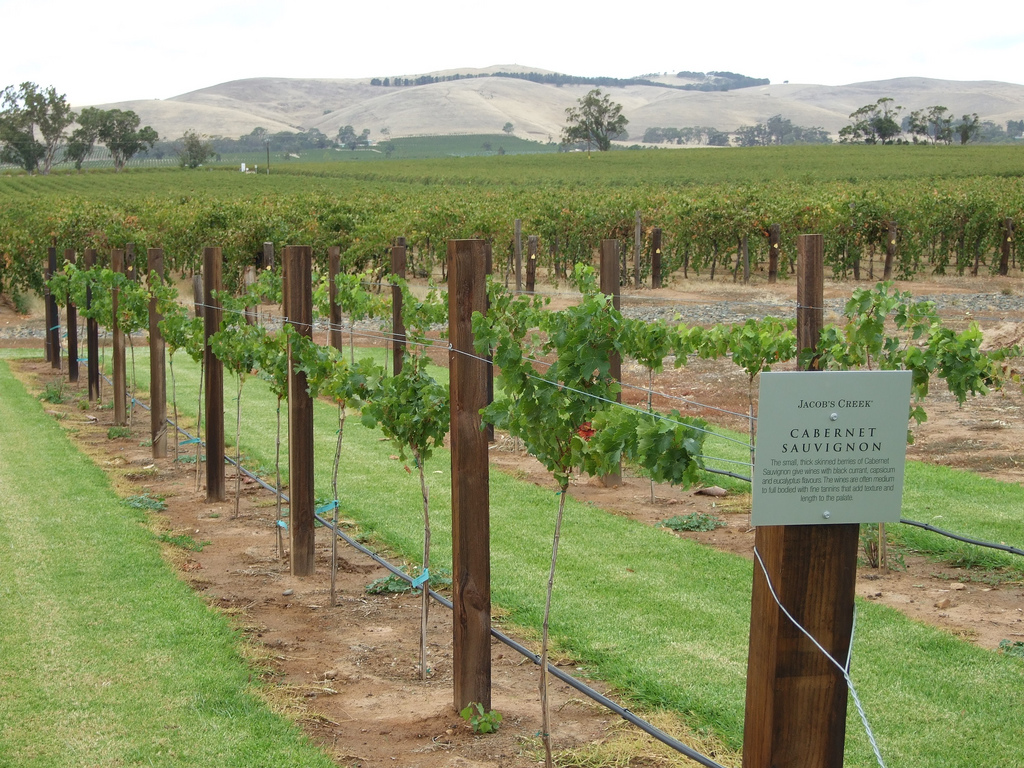 Revenue from Australian wine exports is up for the first time in nine years, says the Commonwealth government agency responsible for regulating, developing and marketing the industry.

Stuart Barclay from Wines Australia, the marketing arm of the Australian Grape and Wine Authority, said wine exports increased by 5 per cent to $1.89 billion in the last 12 months, representing the first increase in export revenue for Australian wines since 2006/2007.

But Australian wine makers are not out of the woods yet. Climate change, a continuing glut of fruit, the threat posed by imports, the hard to crack American market and fluctuating exchange rates all have to be navigated.

The growth of Asian markets

Mr Barclay, who is the General Manager of Market Development at Wine Australia, said the rapidly expanding Asian-Pacific market was one of the most important for Australian wine makers.

The fastest growth was the Chinese market, where sales were up 32 per cent in the last 12 months and worth a whopping $280 million. Meanwhile, exports to Hong Kong are up 28 per cent and worth $112 million and lower tariffs have boosted trade with Japan.

“Relatively, we are near them and it’s easy for us to go and do business there,” Mr Barclay said.

Asian drinkers are not swilling cask wine either. China is the number one market for more expensive Australian wines at more than $7.50 per litre.
“We are seeing really fantastic growth in high price points [in Asia], helped by a free trade agreement that hasn’t yet been ratified. They’re recognising that Australia is a real fine wine player and driving exports in these markets,” Mr Barclay said.

But while consumers in China, Hong Kong and Japan are enthusiastically sipping their Grange, the American market has proven more intractable. Since about 2008, Australian wine exports to the US have suffered from a glut of fruit and wine on the market, the GFC and the strong Australian dollar, all of which have affected the profitability.

“As the Australian dollar increased in value quite dramatically and made exports more expensive there was lots of stock on the ground in North America,” he said.

The three-tier American system of importers, distributors and wholesalers, and retailers mean the sheer scale and complexity of the American market are the biggest hurdles for Australian winemakers to overcome, coupled with the difficulties distance presents.
In an effort to confront these problems, Wine Australia runs a marketing program for producers wanting to enter or re-enter the massive American market.

In the two years that the program has been running, it has helped 30 wineries – large and small – get or regain a foothold in the US market.
“We try to open the doors and have conversations with the relevant distributors and retailers, facilitate people having access to the right people.”
Whichever market Australian winemakers target – be it the UK, China or the US – Mr Barclay said it was vital to uphold the reputation of Australian wines and tailor the message to each market. The challenge was also to synthesise the large variety of wines the country produced.

“Australia is a very diverse producing country. We have 65 producing regions – which is huge – we have a huge amount of different varietals and we have a lot of different styles and regions with hot and cold climates,” he said.

One of the ways Wines Australia promotes Aussie wine is by talking to sommeliers, wine and lifestyle journalists, retailers, bars and restaurants. Part of this its new Twitter campaign, #Auswinesontour, which attempts to boost the profile of Australian winemakers when they travel overseas, a popular option in the off-season.

The campaign encourages vignerons to tweet about their wines and their travels in order to lift media profiles, generate public interest and connect them with fellow wine industry people in the country they’re visiting.

Of course, it’s not just all about exports. The domestic market is vital to winemakers, especially since Australians tend to be very partial to a drop of Aussie wine. In fact, Australian consumers drink a relatively low amount of imported wines compared to wine drinkers in other countries, with only around 16.6 per cent of wine sold here being imported. In New Zealand, around half of the wine drunk comes from elsewhere.

Organic and biodynamic wines are slowly but surely becoming more popular, with demand led by Scandinavian countries like Sweden and Norway, both countries which legislate that a certain amount of organic wine must be available.

The market is still very small but it’s growing in other markets around the world and Mr Barclay said that when it does take off, Australia is well placed to capitalise on it, with a relatively large amount of grapes grown fitting the bill, particularly from regions such as Riverland, South Australia.

“We have the resources, the global markets haven’t really awakened yet to that scene,” he said.

It’s a similar story with grape varieties that are less common on Australian soil than in Europe, grapes like tempranillo, sangiovese and viognier.
“There’s a global appetite for these varietals but markets don’t necessarily think of Australia producing those varietals.”
Shiraz, cabernet, chardonnay, reisling and sauvignon blanc are still the big hitters when it comes to Australian wine production, where it’s for domestic consumption or export.

Interestingly there are signs that the ABC backlash (Anything But Chardonnay) is on the wane, in other countries at least.
The character of Aussie chardonnays has undergone sea change in the past decade; there’s less oak and much more complexity with regional characters really showing through.

This seismic shift hasn’t gone unnoticed by UK sommeliers, who have been enthusiastically knocking it back.

“It seems to be increasing in awareness again. In the UK everyone is talking chardonnay up at the moment,” Mr Barclay said.
“We’ve had lots of interest from the UK and sommeliers. The rhetoric around is that Australia is producing some of the best chardonnay at the moment but it’s still under pressure domestically.”

Despite this burst of British enthusiasm for chardonnay, Mr Barclay said chardonnay was unlikely to overtake sauvignon blanc any time soon. As well as being hugely popular in Australia, sauvignon blanc has also made in-roads into the American and Chinese markets.