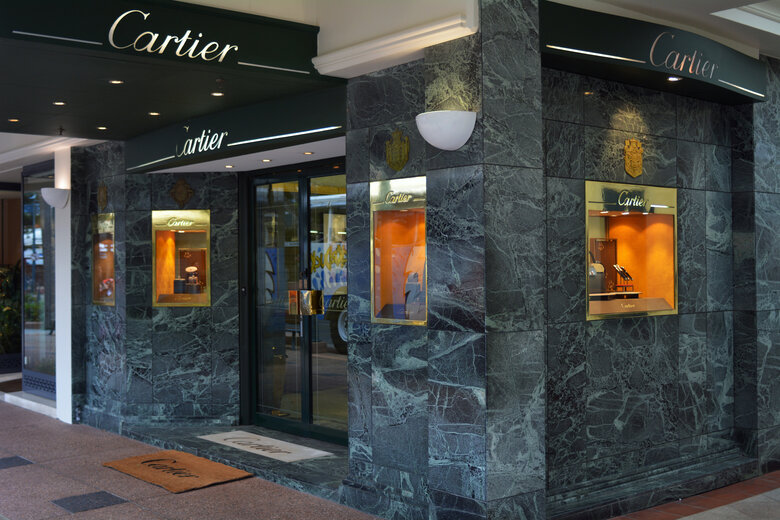 Christine Holgate has resigned as CEO of Australia Post after a controversy over the gifting of $3,000 worth of Cartier watches  to senior staff.

In a statement on Monday Ms Holgate said she would not seek financial compensation.

She said she remained proud of what she had achieved during her leadership of the government business enterprise.

“I deeply regret that a decision made two years ago which was supported  by the chair to recognise the outstanding work of four employees has caused so much debate and distraction and I appreciate the optics of the gifts do not pass the ‘pub test’ for many,” she said .

He said she had indicated her willingness to participate in the recently announced Shareholder Departments investigation into aspects of Australia Post expenditure.

“I would like to acknowledge and recognise the significant contributions she has made during her tenure,” Mr Di Bartolomeo said.

National security expert Andrew Shearer has been recommended to the Governor General as the new Director-General of the Office of National Intelligence (ONI).

Mr Shearer has a long career in national security and intelligence and is internationally recognised as a strategic and foreign policy analyst. He served as deputy director-general at the Office of National Assessments and was a senior adviser on Asia-Pacific Security at the Centre for Strategic and International Studies in Washington DC.

He has served as the Prime Minister’s senior national security adviser to both John Howard and Tony Abbott.

Mr Shearer has held a range of positions in DFAT and PM&C, and as Commonwealth cabinet secretary helped establish the National Cabinet to co-ordinate the  national response to COVID-19.

Mr Shearer will begin his five year term in December.

Warren Mundine appointed to SBS Board

Indigenous leader Nyunggai Warren Stephen Mundine has been appointed as a part-time non-executive Director on the SBS board.

He was formerly the National President of the ALP, but quit to join the Liberal party. He was also appointed by Tony Abbott to chair the Australian government’s Indigenous Advisory Council.

He is a member of the Bundjalung, Gumbaynggirr and Yuin people of NSW.

Victoria’s Country Fire Authority (CFA) Board has appointed Jason Heffernan to the role of Chief Officer as the state prepares for the fire season.

Mr Heffernan has worked at the NSW RFS for 15 years, most recently as assistant commissioner and director area operations.

He has also provided strategic advice and guidance to the NSW Volunteer Rescue Association on behalf of the NSW Government.

“Jason’s experience in senior roles within the RFS ensures he is best placed to lead the CFA as it embarks on a new era, refocusing on volunteers and strengthening the role they play in keeping Victorians safe,” Premier Daniel Andrews said.

He will take up the position on January 6, LGAT President Christina Holmdahl said, replacing Katrena Stephenson.

“As demonstrated in his role as policy director and while acting as CEO on previous occasions for the past five years Dion Lester has strong corporate knowledge, an understanding of GMC’s desired style for LGAT, an excellent reputation in relation to skills, experience and stakeholder relationships, and is highly respected by government and LGAT’s members”, Cr Holmdahl said.

She said because he was such an outstanding candidate the GMC decided not to run an expensive recruitment process.

Dr Lester also brings significant experience in private industry as a senior manager in a major Australian consultancy firm prior to joining LGAT.

Former Surf Coast Shire Mayor Libby Mears will chair the inaugural  board of the Great Ocean Road Coast and Parks Authority (GORCAPA), which been set up to protect the iconic Great Ocean Road.

The Board includes a nominee of each recognised Traditional Owner group in the region, the Wadawurrung Corporation and the Eastern Maar Aboriginal Corporation.

Other board members have experience in tourism, economic development, governance and planning.

Once fully established, GORCAPA will coordinate public land along the length of the Great Ocean Road to ensure tourism operations can thrive, and will also help identify and facilitate sustainable development opportunities.

GORCAPA will formally commence on 1 December 2020.

“It is a great honour to be appointed the first Chair of GORCAPA. This is an exciting time for the Great Ocean Road region. Together we will deliver a new and more coordinated management approach that benefits locals and protects the environment,” Ms Mears said.

Melinda Percival has been appointed to the Board of Directors of the Port Arthur Historic Management Authority (PAHSMA).

She was also the state government manager for the nomination of the 11 Australian Convict Sites World Heritage Property and is credited for assisting the three sites that PAHSMA manages – The Port Arthur Historic Site, the Cascades Female Factory Historic Site in South Hobart and the Coal Mines Historic Site at Saltwater river – to be included and gain World Heritage listing.

She takes up the position immediately for three years.

The governing board of Parks Victoria has three new members as well as a new chairperson and deputy chairperson following appointments by the Victorian government.

New members on the board include Anthony Boxshall, Doris Paton and Vijaya Vaidyanath, each of whom will serve for the next four years. Graham Atkinson, Professor Michael Clarke, Christine Trotman and Annette Vickery have been reappointed for three years.

Environment minister Lily D’Ambrosio says there are now three Traditional Owner on the board for the first time in Parks history.

The board members will play a significant role in managing 4.1 million hectares of parks, reserves, waterways, jetties and piers for conservation, recreation and cultural heritage purposes.

Changing of guard at High Court

Justice Simon Steward and Justice Jacqueline Gleeson have been appointed as Justices of the High Court of Australia.

Justice Steward and Justice Gleeson will respectively fill the vacancies that will arise on the retirements of the Justice Geoffrey Nettle on 30 November 2020 and the Justice Virginia Bell on February 28.