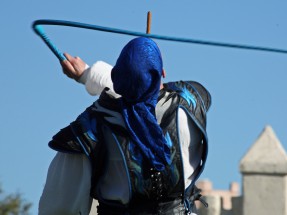 The Abbott government’s big push to reshape the culture of the Australian Public Service into an employer where work practises and conditions are aligned to non-unionised, private sector organisations that pay on performance is gathering pace quickly.

A controversial landmark speech by the new head of the Australian Public Service Commission, John Lloyd PSM, to the Institute of Public Administration’s ACT branch on Wednesday spelled out a raft of changes that the bureaucracy’s industrial whip cracker wants made to boost productivity and performance across the federal sector.

Target areas for improvement outlined by Mr Lloyd included more intensive and proactive management of unscheduled leave stress leave and sickies that have been trending up as massive cuts to departmental and agency staff not only bite, but collide with public service-wide enterprise bargaining negotiations.

Mr Lloyd, the former Red Tape Commissioner in Victoria and Australian Building and Construction Commissioner has been widely expected to take a much tougher stand on APS workforce management and workplace conditions since his appointment in mid-December 2014.

Key themes in his speech, according to observers, were that the public service needs to become far more flexible and responsive to challenges and change and that obstruction and resistance from employees and unions – particularly the use of hard coded provisions for consultation workplace instruments like enterprise agreements need to go.

Another focus for improving the APS was to look at how private sector necessarily organisations dealt with change and productivity imperatives and the need for the APS to be able to attract external talent.

The APS shrunk by a whopping 11,000 people in net terms in 2014, according to an APSC update, a figure that has almost certainly stretched many agency’s capacity.

However just how far the Abbott government’s ‘get tough’ industrial relations agenda for the APS agenda will be pushed over coming months still appears to be a work in progress rather than a done deal.

One inhibiting factor is that by culling numbers up front, the government has largely spent its ammunition in terms of using the threat of job losses as leverage to extract concessions on working conditions and entitlements.

The result to date has been that the attempts to new strike deals with staff and the Community and Public Sector Union which have already ignited a raft of politically damaging industrial disputes across agencies ranging from Human Services to even the Department of Defence.

There are now signs emerging of efforts confine fallout from the escalating brawl with unions to within the APS community rather than playing it out in public.

In a notable departure from previous APSC chiefs, neither a copy or a transcript   or even a recording   of Mr Lloyd’s speech will be made publicly available according to the APSC who said that their head only used informal notes and that the Commission had not made a recording.

The non-publication of the speech on Thursday raised eyebrows across the public service, industry and even the Coalition on Thursday with some stakeholders privately taken aback at why the Commissioner’s views shouldn’t be disseminated.

One Coalition source suggested a major drawback of non-publication was that it was simply too easy for the breadth and context of the agenda being put forward to be lost to “biased media” who “cherry picked” negative and controversial elements without a fuller account being made available.

He said the move was risky because there were already real problems for the government in its efforts to communicate the urgency of the need for change, especially around the productivity and responsiveness of departments.

Another former Coalition adviser questioned why the APSC was even needed if there was a genuine push to reduce top heavy APS management and organisational complexity.

Productivity, and how it is defined, has emerged as the major sticking point in public service pay negotiations because under the bargaining framework put out the APSC that agencies need to adhere to, most offers contentiously class cost cutting manoeuvres as a productivity offset.

The most typical manifestation in offers is an increase in the required hours of work which have the effect of nudging down the hourly rate of pay by upping the number of days worked in a year.

That approach is a known frustration among many agency senior managers because it effectively railroads pay talks and a wider debate on productivity and innovation away from developing more efficient solutions and outcomes to an almost binary discussion on reducing labour costs.

One attempt to break the so-called silo mentality of agencies, especially on service delivery, it the Prime Minister and Communications Minister Malcolm Turnbull’s announcement of a “Digital Transformation Office” to spur departments into providing customer interfaces on par with that of the private sector and some state governments.

“All of that process is in train, I can’t give you a date at the moment,” Mr Turnbull told Government News on Wednesday.

“We’re working on it,” the Communications Minister said.