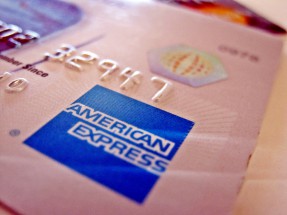 The move marks the end of an era for the iconic corporate card brand which had been one of the last big hold-outs yet to sign onto Australia’s largest online bill payment service — despite having more than a million account members in Australia, many of whom still get a bill in the mail.

The BPAY deal is significant for government purchasers of payment and charge card services because it puts Amex on a more competitive footing with its rivals in terms of easy electronic integration with financials and procurement management software systems.

A major change to state and federal procurement policies over the last two years has been a mandate that suppliers can request that they be paid by credit, charge or payment card when invoicing for receivables – rather than waiting for a bank deposit of cheque.

Both the New South Wales and Federal governments have instructed their Department(s) of Finance to pay suppliers by credit card if asked, with Canberra setting the payment ceiling at $10,000.

And while the move is designed to speed up cash-flow for small businesses, the supplier payment rules represent a big opportunity for corporate card issuers and banks because departments and agencies will need to acquire new plastic with which to pay invoices.

Although travel, accommodation and entertainment services purchasing cards are generally centrally procured, the new supplier payment requirements usually fall outside those parameters, thus opening a substantial new market for payment schemes and their banks to sell commercial cards into.

The commercial card market in Australia carries balances of around $4.7 billion, of which analysts estimate Amex has somewhere between 35 per cent to 40 per cent.

Whether the new American Express deal with BPAY for bill presentation will help nudge that number up remains an open question.

Even so, the move is certain to pique the interest of competitor schemes and their issuers which have been selling the analytical smarts and visibility of rival commercial cards as a way into government and corporate markets.

Unsurprisingly, BPAY is making a big deal out of Amex finally joining its fold, saying that than 1.2 million American Express and David Jones American Express Card Members will now “have access to BPAY View to receive, pay and store their statements through online banking.”

“With American Express on board we look forward to another year of successful growth within electronic presentments and payments,” said Keith Brown, General Manager Business Services at BPAY.

Andrew Carlton, the Vice President and General Manager, World Service Australia and New Zealand for American Express said his company wanted to give card members “choice in how they receive their card statements.”