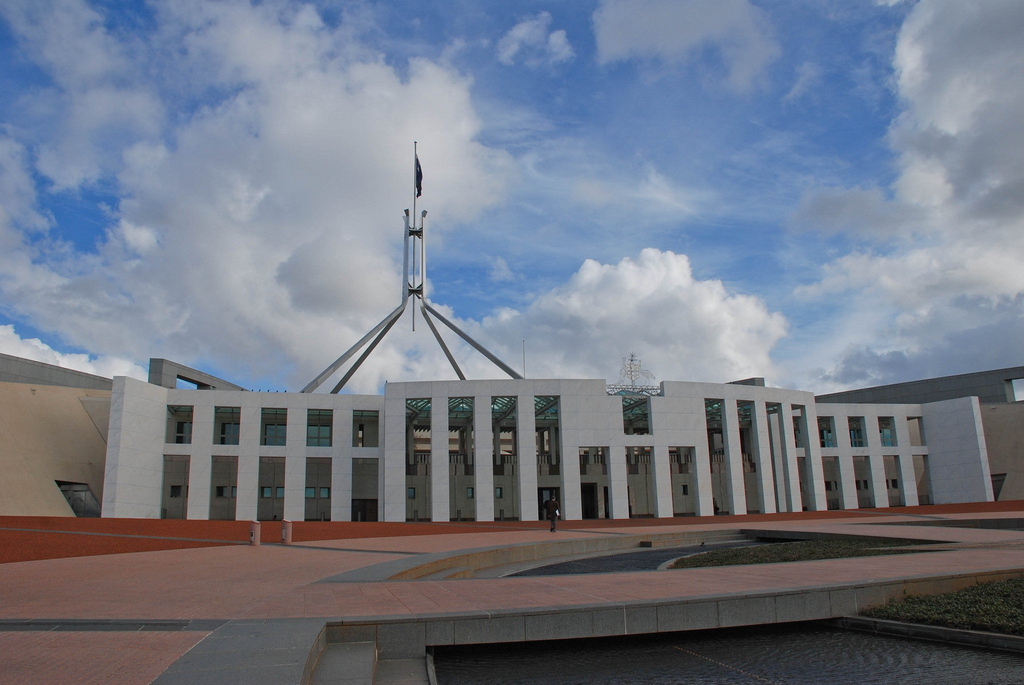 The Abbott government has held-off making any further substantial cuts to public service numbers or major machinery of government changes until the next federal Budget in May 2015, opting instead to try and restrain the creation of new government bodies . . . with red tape.

After more than a fortnight of tough talk and strong hints pointing to the axing of several dozen of Commonwealth organisations, the laundry list of abolitions and mergers revealed as part of the 2014-15 Mid-Year Economic and Fiscal Outlook (MYEFO) put off any further immediate big sell-offs .

While 138 “government bodies” will be junked altogether – including statutory bodies – the bulk of the numbers is made-up of advisory committees, councils and boards and “other government bodies.”

The vast majority of abolitions will not return a saving to the Budget. They are instead being prosecuted on the basis that less is more when it comes to the size and value of the bureaucracy.

Details of the big spring clean of committees came as Treasurer Joe Hockey and Finance Minister Mathias Cormann revealed the Australia’s Budget position had deteriorated much further than anticipated.

Australia’s Budget deficit is now predicted to be $40.4 billion for the present financial year, more than $10 billion more than forecast in the Coalition’s first federal Budget in May.

However the chopping out of dozens of small bodies will, along with a raft of other measures, only create around $500 million in savings and inevitably intensify pressure for bigger cash returns to be found from selling off other government functions.

Already under the microscope are Royal Australian Mint and the Australian Security and Investment Commission’s registry data business, a move which has horrified open-data advocates.

The Community and Public Sector Union has warned that the introduction “of so called ‘contestability’ for public services . . . is nothing more than cover for massive outsourcing and privatisation programs that will see jobs and services sold off.”

The CPSU’s National Secretary Nadine Flood said “the only contest will be which big business will pick up the contract.”

The MYEFO statement also revealed that the government is now looking at disposing of the ownership and operation pf the Intragovernment Communications Network (ICON), a key piece of telecommunications infrastructure used by agencies to securely communicate with each other.

The latest Budget update says a “further scoping study” will be undertaken for ICON, which falls under the Department of Finance’s umbrella alongside similar processes for potential sales of Defence Housing Australia and Australian Hearing.

Previously mooted moves to expose government functions to competition from the private sector have also been given a firm push through the establishment of a “Contestability Programme” that will “encourage more entrepreneurial approaches to product or service delivery.”

Some of the biggest procurement changes that now look likely to come in coming Budgets relate to Canberra’s sprawling and disaggregated technology purchasing, which in turn underpins so-called back office functions like payroll and financials systems.

The latest list of abolitions lists the Secretaries’ ICT Governance Board (SIGB), which had been the cornerstone mechanism for the former Australian Government Information Management Office has been listed for the chop with “cross government ICT matters” now to be considered instead “by the Ministerial Taskforce on Single Service Delivery or Secretaries’ Board, where appropriate.”

The MYEFO documents say cross-jurisdictional tech issues will now be tackled “through a less formal ‘community of practice’, with the organiser alternating annually between the Commonwealth (lead taken by the newly merged CIOC/CIOF) and a State/Territory.”

But with the Treasurer already indicating that billions will soon need to be spent on new core systems at Human Services and the Australian Taxation Office, the Opposition was quick off the mark to question why some very cheap advisory mechanisms were being consigned to the scrap heap when they could yield big dividends.

Shadow Human Services Minister Senator Doug Cameron on zeroed in on the scrapping of the Department of Human Services’ Council on Strategy and Innovation which keeps massive agencies like Centrelink abreast of new technology developments.

Senator Cameron said the abolition of the Human Services innovation function demonstrated “stupidity and short-sightedness” given it was only established in 2013 to provide advice on “on service delivery in the digital age, on innovation, and on the Department’s research agenda.”

He described the council as “high-powered team of digital, community, private sector and government experts” who provided input to government on “service delivery policy, data and research, future technologies and building collaboration in delivering services.”

But possibly the most intriguing piece of work to come out of MYEFO is the new bureaucratic mechanism to firmly constrain the proliferation of new government bodies.

Contained in a Ministerial Paper that accompanied the MYEFO, the “new Governance Policy” for agencies reveals that they will now be bound by rules that “prevent the creation of unnecessary bureaucratic structures and ensure Government structures are streamlined further over time.”

“This policy will support better decision-making and limit the creation of new government bodies in the future,” the paper said, adding that there will now be “approval processes for new bodies, including requirement to analyse cost and benefits of any proposals to establish a new public body.”

“This policy will also provide a framework for government entities to assess their current activities, over time, to lead to further reforms and sustained efficiencies. It requires many existing Australian Government bodies to be progressively reviewed or scheduled for eventual sun-setting.”