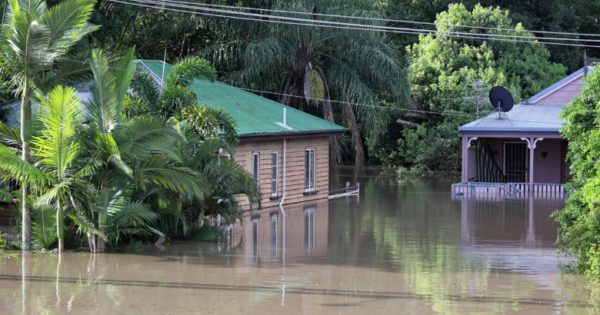 Australia’s peak local government body is seeking immediate and ongoing federal funding for disaster mitigation in the wake of the fires and floods that have devastated the country over the last two years.

The Australian Local Government Association (ALGA) wants $200 million a year in the form of a disaster mitigation fund and an additional $200 million over four years for a local government climate response partnership.

ALGA President Linda Scott told Government News she has met with infrastructure minister Bridget McKenzie and written to treasurer Josh Frydenberg on behalf of local governments to call for $200 million in annual funding for resilience mitigation in this year’s budget.

Cr Scott says this is in line with current legislation allowing for $200 million a year to be spent from the $44.8 billion federal emergency management fund and was a 2014 recommendation of the Productivity Commission.

“We know in the absence of that funding that our communities will not be able to build back in the way they need to,” she said.

“Without recovery and resilience funding for the rebuilding of drains and roads and footpaths and local parks and community centres, communities will take longer to recover.

“We know that councils everywhere have projects ready to go on the shelf that can provide further protection for their communities in the face of bushfires or floods or drought. But without funding these communities will continue to suffer the effects of these terrible events.”

Cr Scott says she’s spoken to a number of NSW and Queensland mayors whose communities have been directly impacted by floods and who have even lost homes and businesses themselves.

She says recent days have shown the important role local government can play in supporting communities to withstand and recover from disasters.

This included providing evacuation centres and sandbags during the peak of the flood, setting up tents for people left homeless and leading massive clean-up efforts. It’s estimated that Lismore alone has more than 50,000 tonnes of rubbish to be collected, she says.

We’ve seen Town Halls turned from Covid testing clinics to vaccination clinics to disaster evacuation centres … I really do think the way councils think about Town Halls in future will be as multi-purpose resilience and recovery centres, because increasingly that’s what we’re seeing them used for.

“There’s an extraordinary amount of work to do and councils really are leading these local efforts,” Cr Scott said.

She said the recent run of bushfires, Covid-19 and floods have highlighted how innovative  local government can be, with Town Halls and other council properties functioning as all-purpose recovery and resilience centres in the absence of federal or state government infrastructure.

“They’ve turned libraries into support centres where librarians in lockdown have been calling community members to check on their welfare, we’ve seen meals on wheels enormously extended during covid to support those who were unable to get support.

“Indeed I really do think that the way councils think about our town halls in future will be as multi-purpose resilience and recovery centres, because increasingly that’s what we’re seeing them used for.”

Plenty of heart but empty pockets

But all the dedication and innovation in the world won’t make up for lack of funding, Cr Scott says.

“We know that councils in Queensland and NSW have the heart but nothing like the pockets to be able to fund what’s needed for these recoveries to occur,” she tells GN.

“Councils really are working very hard the mayors and councils are showing great community leadership but without the funding it makes it very very difficult for communities to recover.”

“We really do hope to see the Commonwealth government match this and start to expend that funding very quickly,” she said.