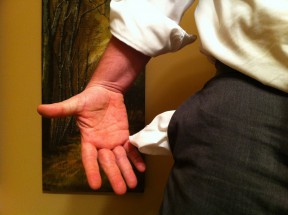 New South Wales Premier Mike Baird is plotting to foist more financial responsibility onto newly merged councils so he can push them borrow more from state debt facilities to take on more of the burden of fixing the state’s crippling infrastructure maintenance backlog, says Labor.

“The councils can borrow more cheaply from TCorp to pay for these extra responsibilities, but they have to pay it back and loans cost service fees to set up. They can only do this by selling off assets or putting rates up (which the government has promised to make easier to do through Independent Pricing and Regulatory Tribunal or IPART).”

NSW local councils have long complained about the increasing levels of “cost shifting”, where state and federal government delegate more functions without commensurate funding, with a 2015 Local Government NSW report arguing that $670 million was shifted onto councils last year.

Mr Primrose says the NSW government knows it cannot rely solely on a volatile property market to keep pouring money into its coffers, so it is trying to slash some of its bills by kicking them down to local councils.

“It’s about current things that the state has to find money for, like maintaining roads, endless maintenance for everything, grants for servicing libraries, all sorts of things that come out of the state’s recurrent budget, if the property market goes down,” he says.

There are clues in previous Fit for the Future press releases that the government is keen to encourage local councils to borrow more.

It is unclear whether councils such as the Blue Mountains or Blacktown, who were both judged “not fit” by IPART but not required to present merger cases, will be able to access the loans.

Mr Toole said: “The borrowing facility will provide Fit for the Future councils with access to low cost loans, saving councils up to $600 million over ten years … if councils increase their borrowing to address the infrastructure backlog, this figure may be higher.”

A contributing factor to the suspicion surrounding the Fit for the Future process has been the government’s apparent reluctance to release the full KPMG report which it argues forms the backbone of its business case for mergers. There are around 25 documents that have not been released.

The government insists they are “Cabinet in Confidence” – after saying they didn’t exist at all – so it will probably be another 40 years before we know whether this reticence is because the documents just don’t back the government’s desires. By the time the public gets their hands on the full KPMG report, Premier Mike Baird will be 88.

“People are saying: “what’s the reason he is overturning all the earlier reports and he won’t release the evidence to show why his arguments are good?” Mr Primrose says, referring to mergers that the government wants that were not recommended by the 2013 Independent Local Government Review Panel’s report, Revitalising Local Government and IPART.

“The Premier should release the full report. I mean, we’re not talking about missile codes here; we’re talking about local government statistics.”

The assumptions underlying the report are critical, because they partially dictate the recommendations and the outcome.

For a long time, there have been criticisms that the government is not being straight with NSW residents and has not made its case properly for mergers. Is this because the truth is unpalatable?

Mr Primrose says it is.

“If the government is going to press ahead with this, they really need to argue the case and come before the community. The community should be consulted by way of a referendum.

“If you’ve got to have mergers, they should be voluntary and based on a good business case. I challenge anyone to show me the evidence because there isn’t any. How can you comment on a proposal when the government refuses to give the reasons for it?”

Before mergers proceed, he says, there should be an inquiry into local government finances.

“Simply increased cost shifting onto councils is a false economy. Simply making bigger councils is going to solve the problem.”

Of course, gossip is rife that forced mergers are also informed by gerrymandering political boundaries, dissuading independent candidates to stand and pandering to developers and big business. Perhaps we’ll have to wait 40 years to find out.